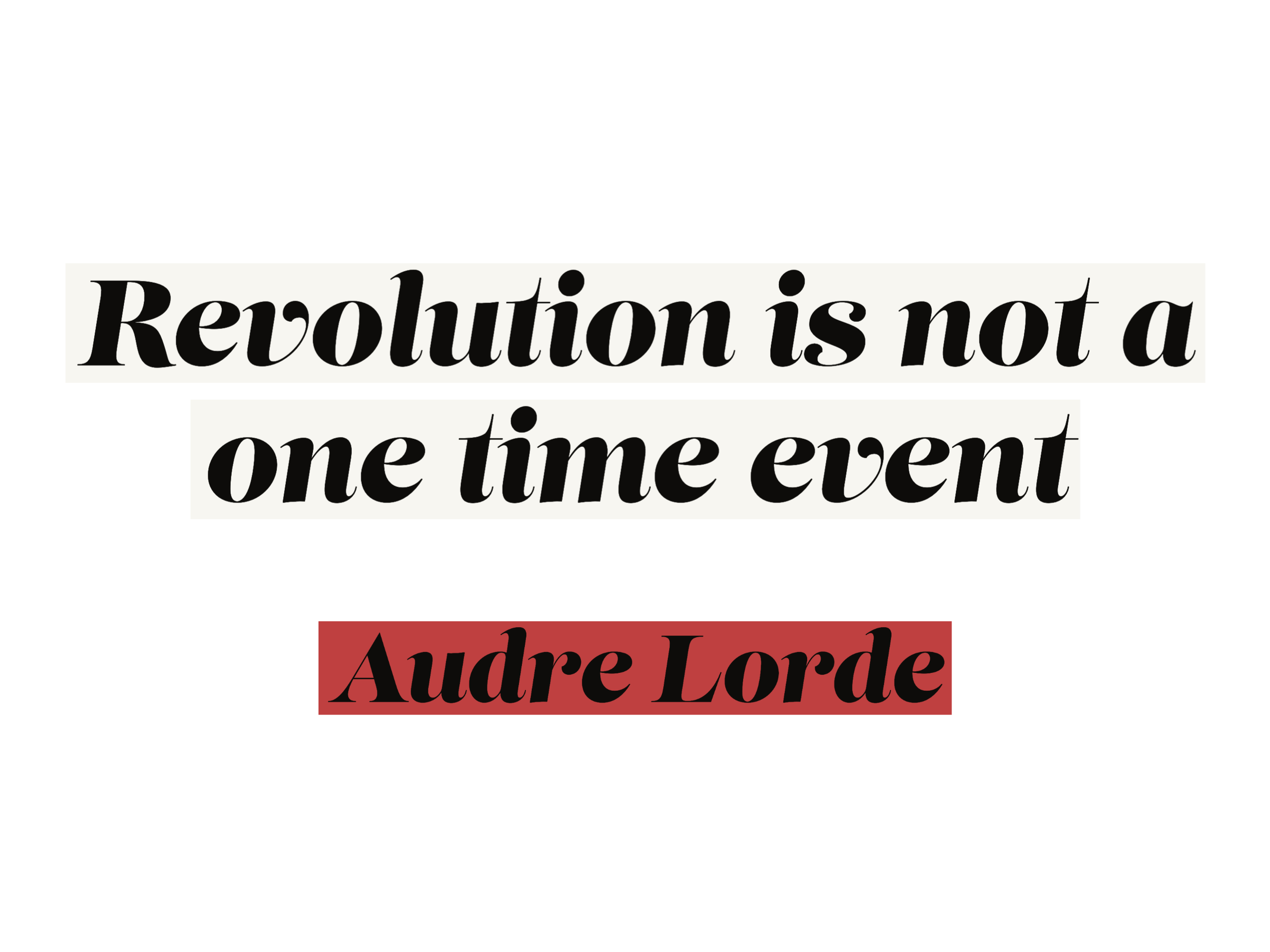 No matter where you are on the journey of dismantling institutional racism, it's time to begin.

No matter where you are on the journey of dismantling institutional racism, it's time to begin.

This is Lila Cabbil, close friend of Rosa Parks and president of the Rosa and Raymond Parks Institute for Self-Development. I met Lila in New Orleans in 2006, at the Deep South Center for Environmental Justice, where I presented my findings after six months of investigating post-Katrina profiteering. During these six months in Louisiana, Alabama and Mississippi, the veil was ripped off my ignorance about racism in America and my education began. The first step for learning is always realizing how much you don’t know and allowing yourself to get over the embarrassment of realizing your own ignorance so you can overcome it.

One day, not long after meeting Lila, I received a letter in the mail from the Southern Poverty Law Center, asking me to sign a pledge to fight against racism in my life. If I did, my name would be added to the Wall of Tolerance. Of course I wanted to sign the pledge but I didn’t know HOW to fight racism. I didn’t want to sign just to feel good about doing it. That feeling I had then is why I'm writing this post now. Many people have the feeling that they just want to do something. This is a great impulse and an important first step. But it's a lifetime journey.

Lila became my personal accountability partner on race and we traveled together to many sites where landmark civil rights events had taken place so I could interview people such as Joanne Bland, co-founder of the National Voting Rights Museum in Selma, Alabama, who was present for Bloody Sunday on the Edmund Pettus Bridge. Her little sister was beaten by police on that occasion and appears, bleeding on Joanne’s lap, in the documentary Eyes on the Prize. I filled many notebooks and my brain, heart and soul in my relationship with the late Lila Cabbil, and as I see millions of white people get the veils of ignorance ripped off now, I want to share something Lila taught me.

“You don’t know what you don’t know,” she said. “But once you know it, you have decisions to make.”

She taught me that because we are all born into a hierarchy based on skin color, we are all inherently racist until we become anti-racist. I remember how much this idea provoked me when I learned it, and I remember how I came to see the truth in it.

I wish so much that Lila were alive today. I'd ask for guidance around the most meaningful steps that can be taken at this powerful crossroads. I would ask her about something that's been provoking me all week as choppers hover low over Manhattan and protestors risk their lives during a pandemic. Maybe "privilege" isn't the right word. It's more that white people are given the opportunity to be opportunistic by default, to reasonably expect to accrue results from effort. Until this opportunity is equally distributed, it's a curse as much as a blessing, because it takes us that much further from a true perspective on the human struggle, even if everyone's lives are hard in different ways at different times. That difficulty is much more extreme for those who face the uphill climb of life on earth with weights on. We face extreme challenges ahead that threaten to erode this expectation of results from hard work for everyone. Automation, climate change, conflict, pandemics and chaotic migration patterns will all destabilize our species in coming years. Dismantling institutional racism is a moral obligation. But it is also the best way forward, because in achieving this, we will achieve the wisdom we currently lack. And we desperately need this wisdom, along with creativity and imagination, if we want to continue inhabiting this small blue planet in space. We need to learn to perform at capacity, and then exceed our own expectations. For this, we need a new system of measurement. We are social creatures, hard wired to maintain the status quo. The status quo we currently have isn't good enough, even for the people who gain the most by protecting it.

The road is long when a problem is as systemic as institutionalized racism in America, but there are so many things we can do. The purpose of this post is to say this process is painful but necessary. Life is hard for every person, and not one of us opted in. But it's much harder for people who are born into an absurd and unjust hierarchy, and once you realize that, you may just start to see the world and your role in it differently. Be kind to yourself and others and realize that awareness is only the first small step. But take it. Take the time to learn as much as you can. There's so much to learn, and this process will seem daunting at first. But I promise it will change your life, and change the lives of the people around you. You will find a way to make a difference if you persevere. No matter where you are on the journey, there's further to go.

Here's a list of some resources to help you get started. Black owned bookstores where you can shop, and some of the books you might read to begin the process of becoming educated. The Southern Poverty Law Center also tracks hate groups, and over the years this resource has helped educate me about how to see differently what's happening in the United States.