When The Future According to Women was published this week, people reached out to ask for more information about the Imagination Age.

I recommend reading the entire document, which features interviews with women across many fields and schools of thought. For reference, the interview with me about the future of science within it is on page 52:

What is the Imagination Age?

When I started working with leaders from all sorts of organizations, I realized that no matter what industry they were in they had the same problem: Industrial Era thinking being applied to Intelligence Era problems. During the Industrial Era, the focus was on tangible things, and our brains became good at making sense of these tangible things. The work day started and ended. In the Intelligence Era, the work products we put out are much less tangible – code, analytics, etc. It’s a different way of thinking that’s much more immersive, and it’s very difficult for our brains to make sense of these kinds of things – it can be very unclear and overwhelming. And the workday never seems to end.

I created the Imagination Age as a transition period between the Industrial Era and the Intelligence Era. I found that people were trying to leap straight out of one into the other, which is problematic. The Imagination Age is a navigation system for charting a dynamic path in a nebulous environment.

I began developing the Imagination Age a decade ago, around the time when I was making the transition away from journalism. I was young when, inspired by Dan Eldon, I decided to become a journalist. It wasn’t yet clear that the entire field was about to radically change. Having grown up in New York City at a time when the Village Voice and The New York Times were revered for different reasons, I had a fantasy about writing a cover story for the former and publishing photographs in the Travel Section of the latter. I will never forget the feeling of driving around Manhattan with my father to look for copies of the Village Voice, with the illustrated cover for my story about my first real job, a stint as a vulgarity censor at America Online:

Just as playing Dungeons & Dragons doesn't turn a kid into a wizard, pretending to be a homicidal maniac online doesn't make a man a killer. But determining what it does make him is one of the biggest ethical dilemmas facing modern society.

My story was the first that I know of that was ever written about the digital culture in this way. I was young, and the language is quite colorful, let's just say. But at that time, few people were thinking about the impact of terms of service on free speech, which is what the story is really about. Universities from coast to coast taught it, and this work is what launched my career as an ethnographer, studying the impact of digital culture on the real world and the ways in which we will evolve as a result.

I covered digital culture, disasters of all stripes, the relationship between corporations and the government, science and education. I took on the assignments nobody else wanted, and I spent countless hours, days, weeks, months of my life attending mind-numbing meetings (planning board, school board, zoning board, city council, congressional hearings, you name it) that taught me how civil society works. This was me on my very first day as a beat reporter at a local weekly.

When I was put on assignment for the Travel Section of The New York Times, I was thrilled. I was also shocked to learn that they didn’t accept images from digital cameras. I had painfully weaned myself off my vintage, manual Minolta by then, and going back to it was my first indication that the industry might not be moving at my speed. Other indications started piling up fast. In the meantime, I wrote a lot of articles about things that seemed interesting to me, even if there was no news hook. Many of these things, like spent nuclear fuel rods, ended up becoming important later, and I would end up being interviewed (I was on The O'Reilly Factor not one, but two nights in a row) explaining the disaster in Fukushima, or the future of drones, or something else that seemed obscure way back when but suddenly captured everyone's imagination.

I realized that while it was going to be very difficult to predict the impact of technology on our minds and bodies, I was already in the midst of a life-long love affair with the two best paths for exploration: science and art. It took some time to understand that these aren’t two paths, but one. I started to wonder what else, in this segmented world of ours, might overlap to give us a new perspective. To gain traction in this exploration, I needed to start traveling and working with all kinds of people, all over the world.

With each new adventure, often to places that pushed me beyond my comfort zone, I learned more and more.

Several global organizations, including IBM, The British Council, the Brookings Institution, ManpowerGroup, the Carnegie Council for Ethics in International Affairs, Linden Lab and many more stepped up to engage me in the early days and years of this journey. Their support allowed me to deepen my thinking on the Imagination Age. I wanted to discover the aspects of this period that are universal, that everyone might face in attempting to transition from old ways of thinking that shaped our institutions and lives, to new ways of being, doing and creating in the world that we share.

Often, when think tanks made me a senior fellow, I was the only person holding this title who was neither senior, nor a fellow. When corporations took me on, sometimes they met my avatar before they met me, (which was so novel back then that The New York Times wrote about it). Despite being terrified of what I might discover about what it means to be human, I threw myself into understanding the digital culture at a time when it wasn’t really considered a separate culture. That didn’t stop clients from giving me some space to maneuver at the edge of a frontier. Without their faith in my work, the Imagination Age wouldn’t be what it is today. The experiment continues, but it has matured.

Eventually, I took the Imagination Age from a concept to a framework thatnow uses in our work with leadership teams as they transition from an Industrial Era mindset to an Intelligence Era mindset. I had many great collaborators along the way who challenged my thinking.

Oliver Uberti worked with me to take the concepts of the Imagination Age and give them each a glyph. “They look like ancient cave paintings from the future,” said Chris Capobianco, a Google engineer who is a creative catalyst at Science House. Science House founder James Jorasch had the idea to segment the glyphs into four categories related to building a team, managing time, undertaking a quest and completing a transformation.

Imagination sounds fluffy, but in this context, it isn’t. It’s how our brains create a path from where we are to where we want to be, despite roadblocks, nebulous areas and unexpected events.

For those of you who would like to read more:

In Imagination: What We Need to Thrive in the Future Economy in Forbes, Drew Hansen wrote that I struck him as the “consummate creative generalist.” Thankfully he included a link so I could learn what he meant by this:

Steve Hardy, author of the Creative Generalist blog, says that ideas “need space to run around and occasionally bump into strangers.” He describes the following five behaviors of creative generalists:

Here are a few more for those of you who want to dive further in:

When Maria Popova interviewed me for the Design Observer, she said I’m a “bastion of postmodern pragmatism.” I like that. While I love to daydream and let my mind wander, that's not what the Imagination Age is about. It's about pragmatic ways to have a real impact and to stick with it even when it's hard. When Tessa Miller wrote about how I work for Lifehacker, she asked me what I’m better at than anyone else. “The tedium of creativity,” I told her. Pragmatism and tedium don’t sound very exciting or imaginative, I know. But every great reality begins as an idea, and unfolds one step at a time through hard work, collaboration and vision.

I am currently working on a book about the Imagination Age that anyone can use to navigate through this period more effectively. In the meantime, I can be reached by email at Science House if you want more information about how your organization can navigate from the Industrial Era to the Intelligence Era more effectively, by using applied imagination.

We have a long, hard road ahead, now that we have the technology and power to shape reality in ways that were not possible before. The only thing we can do is take one step at a time, over and over and over, and with each step go further, together. 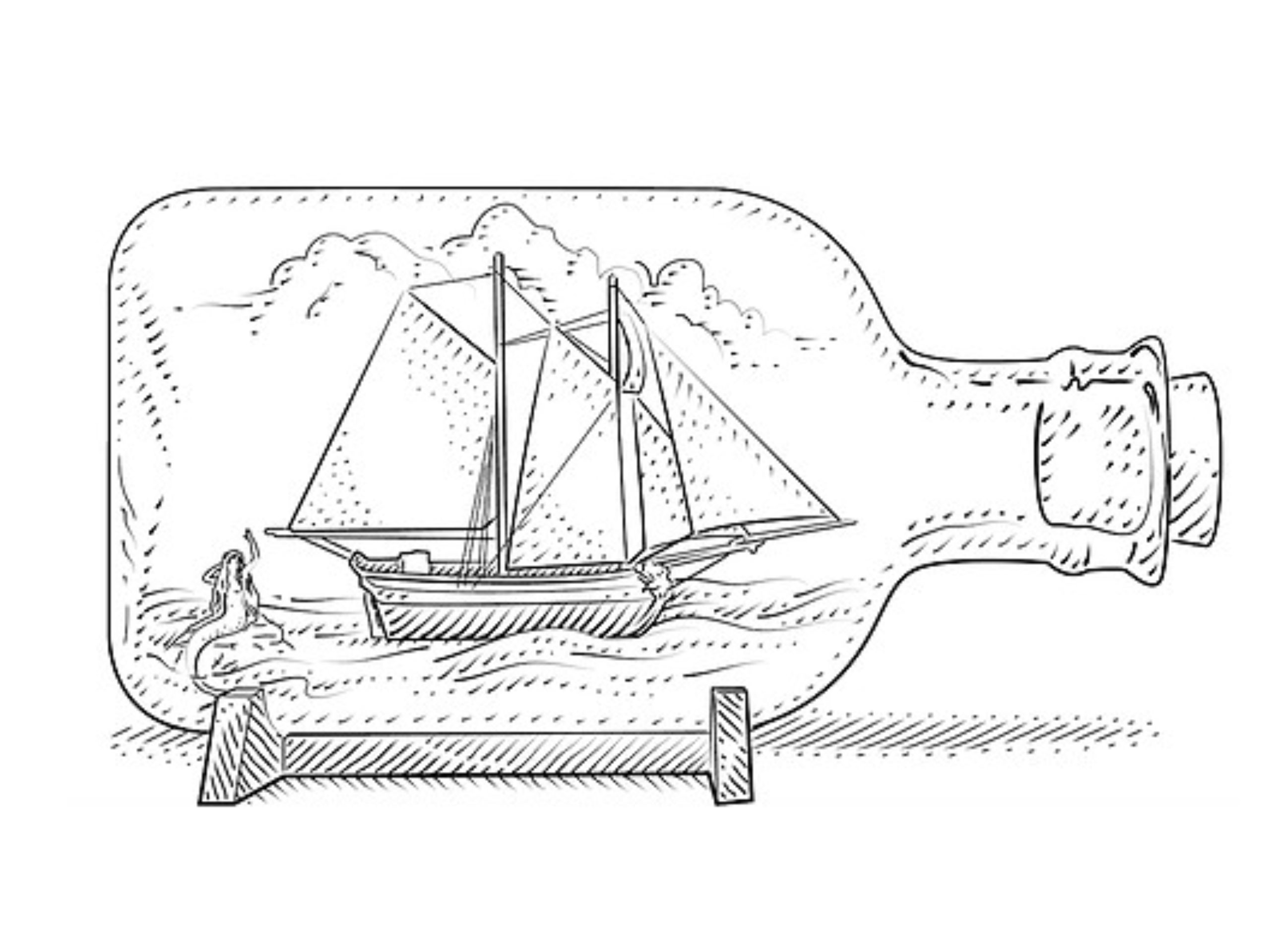 We should focus on using imagination to purposefully shape the future instead of just letting it happen to us.