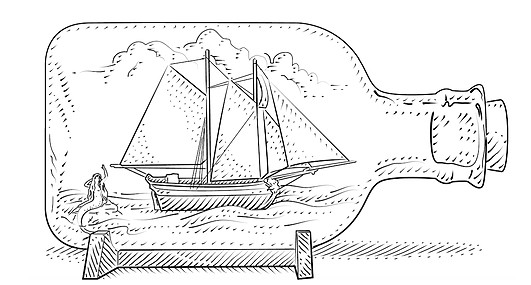 We should focus on using imagination to purposefully shape the future instead of just letting it happen to us.

AI is moving faster than most people realize, and there’s no reason to wait until it’s too late to start preparing for the future that’s coming at us.

Over the weekend, The New York Times ran an opinion piece on The Real Threat of Artificial Intelligence:

...the A.I. products that now exist are improving faster than most people realize and promise to radically transform our world, not always for the better. They are only tools, not a competing form of intelligence. But they will reshape what work means and how wealth is created, leading to unprecedented economic inequalities and even altering the global balance of power. It is imperative that we turn our attention to these imminent challenges.

Unlike the Industrial Revolution and the computer revolution, the A.I. revolution is not taking certain jobs (artisans, personal assistants who use paper and typewriters) and replacing them with other jobs (assembly-line workers, personal assistants conversant with computers). Instead, it is poised to bring about a wide-scale decimation of jobs — mostly lower-paying jobs, but some higher-paying ones, too.

So what can we do about it?

More than a decade ago, when I first started studying this problem, I created the Imagination Age to help organizations, people and society transition from the Industrial Era to the Intelligence Era. With no way to frame the period in between, we were left to jump from one way of being, thinking and working to another, or just let the future happen to us.

In the Imagination Age, AI doesn’t stand for Artificial Intelligence.

We perceive the exponential increase in intelligence as artificial because we are, by contrast, "real" biological organisms. We currently associate this expanded, “artificial” intelligence with hardware and software. The distinction will not always be so clear. There’s no reason to wait until it’s obvious that we should have started preparing to think differently about the shift. And we should deeply consider that our human-centric perspective may not serve to develop our best or clearest thinking on this matter.

It is fascinating that where a byline would normally be in The New York Times there is instead a link, in Chinese, to a Chinese version of the piece. This is appropriate, and we should get used to it, because while we’ve been distracted, China has been pursuing or taking a global leadership position across multiple meaningful metrics. For example, China just launched the world's only quantum communications satellite. The space race has changed.

So, what about jobs?

Automation, in and of itself, is nothing new. The difference is that in the past, when one type of low-skilled job disappeared, others opened up. That’s what changing. Awe work with lots of different companies across industries, and this trend is undeniable. Also undeniable is that most companies are actually trying to save people’s jobs--for now.

This isn’t some futuristic problem. Imagine what would happen if McDonald’s decided to automate cashier jobs. Well, it’s happening. By the end of 2017, 14,000 U.S, McDonald’s locations will have automated checkout, which is predicted to be great for the bottom line. CNBC reported on this story:

Our [McDonald’s] CEO, Steve Easterbrook, has said on many occasions that self-order kiosks in McDonald's restaurants are not a labor replacement. They provide an opportunity to transition back-of-the-house positions to more customer service roles such as concierges and table service where they are able to truly engage with guests and enhance the dining experience.

But let’s project a bit further out, and imagine that fewer low-skilled jobs are available in the future. Some say that universal basic income is the answer. The problem is, universal income is neither universal nor basic, and might even increase inequality.

The social and economic models we have inherited from the previous century are inadequate for dealing with this new era. For example, socialism assumed that the working class was vital for the economy, and socialist thinkers tried to teach the proletariat how to translate its immense economic power into political clout. These teachings might become utterly irrelevant in coming decades, as the masses lose their economic value.

In order to cope with such unprecedented technological and economic disruptions, we probably need completely new models. One that is gaining increasing attention and popularity is universal basic income. UBI suggests that some institution -- most likely a government -- will tax the billionaires and corporations controlling the algorithms and robots, and use the money to provide every person with a stipend covering basic needs. The hope is that this will cushion the poor against job loss and economic dislocation, while protecting the rich from populist rage.

Thinking about the future requires a lot of thinking about the past. A great starting point is to understand the history of Sapiens before moving to the future of Homo Deus, but that deep exploration doesn’t really tell us what we’re going to do to develop the most important thing we are going to be lacking when we don’t work as much: a sense of purpose. A sense of purpose is extremely important, and when the fabric of society changes fundamentally, we are going to find ourselves stumbling through a collective existential crisis.

Already, many people are opting out of work to live in virtual worlds and games:

Video games, like work, are basically a series of quests comprised of mundane and repetitive tasks: Receive an assignment, travel to a location, overcome some obstacles, perform some sort of search, pick up an item, and then deliver it in exchange for a reward—and, usually, another quest, which starts the cycle all over again. You are not playing the game so much as following its orders. The game is your boss; to succeed, you have to do what it says.

So it is perhaps not surprising that for many young men, especially those with lower levels of educational attainment, video games are increasingly replacing work. Since 2000, men in their 20s without a bachelor's degree are working considerably less and spending far more time engaged in leisure activities, which overwhelmingly means playing video games. Over the same time frame, this group of men has also grown more likely to be single, to have no children, and to live with parents or other family members.

The surprising thing about the stereotypical aimless young man, detached from work and society, playing video games in his parents' basement: He's actually happier than ever. Instead of working, they are playing video games. About three quarters of the increase in leisure time among men since 2000 has gone to gaming. Total time spent on computers, including game consoles, has nearly doubled.

You might think that this would be demoralizing. A life spent unemployed, living at home, without romantic prospects, playing digital time wasters does not sound particularly appealing on its face.

Opting out of the rat race may make people happier. Some might even believe that the purpose of life is to be a nobody. But will we end up like The Matrix, plugged into a dreamland that makes having an imagination worthwhile? I set up the The Bureau of AI to tackle these questions and help people and organizations focus on using imagination to purposefully shape the future instead of just letting it happen to us.