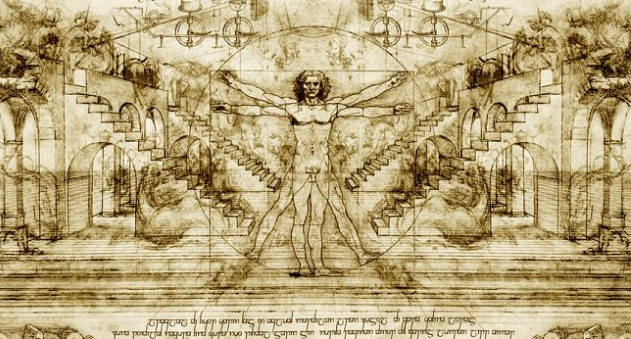 Let your mind wander, and your brain will take care of the rest.

After studying Steve Jobs and Albert Einstein, among others, Walter Isaacson turned to Leonardo da Vinci for his latest biography. In this video, Isaacson explains that Leonardo did something to enhance his genius that you can start doing right now, today.

I was thrilled when I saw this, because just yesterday, a book, BORED AND BRILLIANT: How Spacing Out Can Unlock Your Most Productive and Creative Self by Manoush Zomorodi arrived for me at Science House. I am featured in this book, and my advice for anyone who wants to be brilliant is exactly the same.

I met Zomorodi when she and James Hamblin immersed themselves in our Imagination Room to see what would happen when they got bored. I understand that most people don't equate boredom with innovation. But maybe that's part of the problem.

I'm sharing a few lines from Zomorodi's book here to remind you that being bored is good for you--and maybe even for the world.

Keep a Record of Your Observations

What tools are easily available to all of us? When Zomorodi asked me this question, I suggested that people keep a record of the "un-inventable details" that they see around themselves all day long. The texture of reality. I put this process at the core of my creativity, because it gives me a massive bank of material to mix with my imagination. This is what Leonardo did, and you can do it, too.

"King gets paid to think up plausible scenarios no one else can imagine. Movie studios hire her when they have a film that is set in the future and they want it to look fanciful and far out, but still believable. Like, in a century or two from now, what will a town or village look like? What will the citizens of that future town or village be doing on a daily basis? Corporations also hire King to predict their consumers' habits..."

I don't have a crystal ball. As Zomorodi wrote, I do my job by "being radically present," which I achieve in part by writing down what's around me. The biggest ideas start with the tiniest observations, the things other people don't see. Let your mind wander and your brain will take care of the rest.

The Tedium of Creativity

When we let ourselves and our minds wander, Zomorodi wrote, we do our most original thinking and problem solving; without distraction, your mind can go some interesting and unexpected places. Creativity--no matter how you define or apply it--needs a push, and boredom, which allows new and different connections to form in our brain, is a most effective muse.

"It's what futurist Rita J. King calls 'the tedium of creativity.' For King--someone whose job it is to conceive of anything from how a town might look two hundred years from now to actions business leaders might embark on to take advantage of trends coming down the line--creativity is her business. 'The mistake a lot of people make is to assume that the euphoria of an idea is going to persist all the way through the countless little steps that need to happen before the idea becomes real. Many lose heart or momentum because those tiny little things that have to get done are so dull.'"

I feel so strongly about this that I even married an inventor who feels the same way.

It's not hyperbole to say that we are at a crossroads in the human condition, Zomorodi wrote.

"Different thinkers have called this period the Information Age or the Intelligence Era. Production is no longer measured in physical quantities as it was in the Industrial Era but by data and other intangible elements. Rita J. King defines this as the "Imagination Age" because imagination allows us to make connections between the intangibles that drive or culture and society. If true, it's more important than ever that we give our brains the break they need to stoke ingenuity."