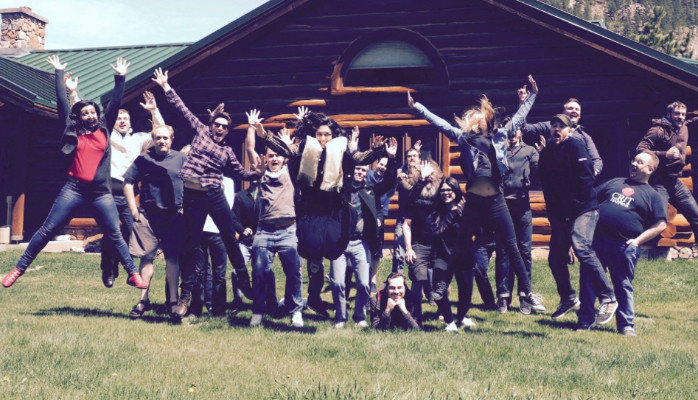 "I'm not sick of them." How to create a team culture that can survive anything.

If you spent four solid sixteen-hour days with your team at an offsite, would you miss them at the end of it?

Aaron Weyenberg, UX Lead at TED, just spent four days with his 30 person tech team in San Diego. They were still coding at the airport while waiting for the flight back to New York.

So why is the team’s turnover so low? What makes their culture so great? I asked Aaron for some answers (to read his entire description of the experience, click here).

They cultivate and protect their culture.

“My idea of culture has evolved to mean the habits, values, and traits of those around me over the more tangible work environment we inhabit,” Aaron said. “Any time I interact with my team through any medium I’m reminded of those traits.”

They know that great work cultures aren’t formed or maintained by chance.

They don’t let themselves drift into something they’re not.

None of them would ever say they’re the smartest person in the room. They listen. They’re willing to be wrong.

Companies that prioritize and protect their culture attract and retain like-minded people. Groups formed in such ways are more likely to create great things together.

In terms of gender balance, TED at large is over 60% female, with key leadership roles held by women.

The team does not shy away from open and uncomfortable discussions.

They challenge each other’s thinking, and generally bond as a tribe during offsites.

They are mission aligned.

They know why they do what they do before they know anything else, including what they’ll specifically work on, or how they will set about accomplishing it.

“We often talk internally not about roadmaps, but about compass directions,” Aaron said. “We know and agree on that compass heading, but the specifics on how to navigate from here to what’s just over the horizon has had a way of sorting itself.”

This might be the most important part of all: “There’s no confusion about why the organization exists, and what we are there to do.” Aaron’s way of describing it is ‘spreading ideas so we author a better future rather than having the future happen to us.’”

See and Manage Your Organization's Culture