One Simple Way to Develop Vision 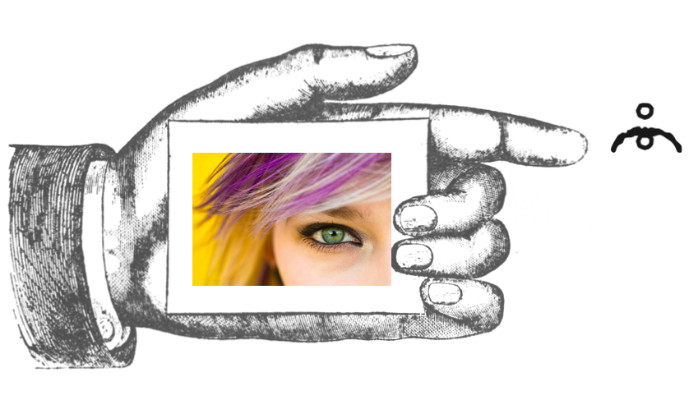 Developing vision is not about seeing. It's about seeking.

Visionary entrepreneurs, artists and notable figures are often perceived and described as geniuses. But are they? What they have, undeniably, is more vision than other people. Can you develop more vision? Yes.

A lot of posts promise that there's a simple trick to doing something complicated. In this instance, however, it's true.

Developing vision is pretty straightforward. It's not about seeing. It's about seeking.

To illustrate the point, let's think about this experiment involving six photographers who were each asked to photograph the same man. Each photographer is told something different about their subject. He's an ex-con. He's a lifesaving hero. He's a self-made millionaire. He's a psychic. Then the man, who is tall and bald, comes into the room. Each portrait from each shoot is radically different from the others. Why? Weren't they all seeing the same subject?

No. They weren't. They were seeing the narrowly focused lie that had been planted in their imaginations before the man was even real. That's right. Everything they'd been told about him was a lie. He's not a psychic? No. He barely knows how to spell the word.

The photographers reported having an "intense" experience with their subject. They only thought they were having an intense experience. In fact, these experiences were extremely shallow. Despite the camera and the intention of capturing a Vision of the subject, they all lacked curiosity. They didn't even attempt to uncover a deeper truth. Let's say for a moment that he really was a self-made millionaire. What does that mean? What does that say about him as a person? How did he make his millions? Wouldn't a visionary portrait be different if his success from an entrepreneur came from the creation of a product or service that saved people's lives instead of diminishing them?

You might think, well, this is an experiment, real life doesn't work that way. Think again. Maria Konnikova's book, The Confidence Game, shows that we are often our own worst enemies when it comes to getting conned. Most people want to believe what they're told, and with good reason. Being cynical is time consuming. This illustrated guide to cognitive biases shows how we fool ourselves constantly, making decisions based on false assumptions.

When we rely on what we've been told, we can't reasonably expect to generate a clear vision.

A genius is, after all, a person who relentlessly approaches the world with fresh eyes, not to see it, but to seek it, and in so doing, to contribute meaningfully to the ongoing story of what it means to be human. They have an additional quality that can't be achieved through vision alone, but we will get to that in another post.

This post is part of an ongoing series exploring the Glyphs of the Imagination Age, a system for navigating this critical transitional period that we're in. I created the concept and practice around it after working with senior leadership teams around the world for many years. I noticed that across industries, leaders all have the same problem as they attempt to leave the Industrial Era ideas behind and enter the Intelligence Era. In the Industrial Era, an engine either worked or it didn't. If it didn't, you fixed it. At the end of the day, workers went home. Things were tangible and pretty easy to understand.

In the Intelligence Era, work products include intangible things like code and data analytics that are much harder to understand and manage, and the work day never quite seems to end, does it?  Working faster is a relic of the Industrial Era. Instead, we need to work smarter. The imagination is the brain's way of charting a path from among nebulous options and moving forward despite uncertainty. So I called the system the Imagination Age. It includes 26 core concepts, each represented by a Glyph (in the illustration above, you will see the Glyph for Vision. I've written about the Unknown and Serendipity so far).

The framework is customized to different companies and teams, but the core ideas behind each Glyph remain consistent, and that's what I've been exploring in these posts. Thanks for reading!