Move Faster by Navigating the Unknown 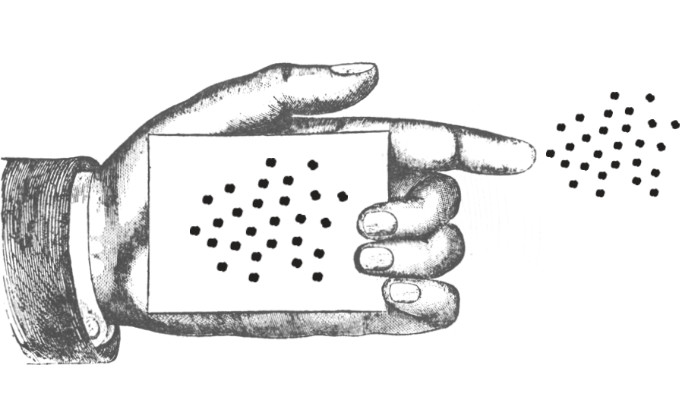 Many companies are getting slower, even as the world moves faster. To move faster, discover, understand, and approach the unknown scientifically.

If you don’t try to uncover what is unseen and understand its nature, you will be ill prepared to lead.

As children, we are constantly learning new things because the world is full of ideas, people and places we’ve never experienced. As we get older, we become “experts” in various fields and domains. The world doesn’t get any less interesting, we just narrow our focus. This happens partly by necessity, and partly because we get into a groove. In a sense, we put blinders on, and we miss almost everything in the vast field of the Unknown.

What can you do about it?

A decade ago, I spotted a common problem faced by many senior leaders in global organizations: they were attempting to enter the Intelligence Era with an Industrial Era mindset.

In the Industrial Era, systems and products were tangible and easy to understand. If an engine didn’t work, you fixed it. When the bell rang, the work day ended. The Intelligence Era is much more nebulous and hard to understand. It is extremely difficult for most people to make sense of code, algorithms, software architecture and data in interconnected, increasingly complex systems. Work is never fully out of mind. The work day doesn’t end when people leave the factory or office.

Many of the habits that led to success in the Industrial Era are no longer valuable or even viable as organizations head into the Intelligence Era.

Large companies are deeply entrenched in their way of thinking, convinced that what worked before will keep working, and they have a hard time realizing how huge a leap they need to make in order to avoid being crushed by leaner competitors or even traditional competitors that get smarter, faster.

I created a framework called The Imagination Age to navigate the mindset shift between the two eras and help collaborative teams become smarter, faster. Imagination is the way the brain visualizes a path from among nebulous options, and remains flexible and agile even as new, equally nebulous or nascent ideas, threats or opportunities take shape.

After spending many years defining the 26 core concepts in the Imagination Age, partnered with great clients that supported the experimental approach, I partnered with designer Oliver Uberti, author of London: The Information Capital, who created some of National Geographic’s most iconic visuals while he was the magazine’s senior design editor. He visualized the Glyphs of the Imagination Age. Now at Science House, I have continued working with senior leadership teams across industries to put the ideas into practice.

Different companies, teams and problems require different focus areas. Most big companies share a similar problem, however: they are getting slower at a time when the world is moving faster. Our main business at Science House is helping organizations move quickly enough to align their business goals and people (to visualize the current and desired future state culture of a team or org, we partnered with The Culture Institute.

For a glimpse of this system and to see how your company differs from Amazon, culturally, click here).

Lately, one of the hottest glyphs in the set has been the Unknown (see illustration at the top of the post). Science House has developed a plan for leaders to use to inspire their teams to deliver gems from the Unknown. This exercise is one of the ultimate Imagination Age secret weapons to increase speed to market and a path through bureaucracy.

The better an organization becomes at discovering the Unknown, the greater competitive advantage it develops. What is Unknown to one is known to another. There are always going to be random events, even catastrophic ones, that couldn’t have been predicted in advance. The Unknown represents what could have been known in advance, had leaders taken the time to encourage the organization to seek it out and share it.

A great book that covers many subjects including uncovering the Unknown is Creativity, Inc. by Pixar co-founder Ed Catmull.

“What makes Pixar special is that we acknowledge we will always have problems, many of them hidden from our view; that we work hard to uncover those problems, even if it means that doing so means making ourselves uncomfortable, and that, when we come across a problem, we marshal all of our energies to solve it.”

Catmull became focused on company culture, trying to figure out why once-great companies led by smart people fail. Catmull’s book is a very interesting counterpoint to The Halo Effect and the Eight Other Business Delusions That Deceive Managers by Phil Rosenzweig.

The Halo Effect is the tendency of the press and public to glorify any organization that operates with stellar profitability, imagining that everything about it, from its culture to leadership, must be absolutely flawless. When companies start to stumble or even fail, the same tendency swings in the opposite direction.

Suddenly, leaders that were once brilliant and confident are described as arrogant and monomaniacal. Companies that were once perceived as the ultimate in customer satisfaction are seen as completely ignoring their customers. Employees who felt the satisfaction of being on winning teams felt that the culture was great, until trouble made them recast their own visions of their own organizations. Rosenzweig concludes that maybe, nothing really matters much aside from strategy and execution, and that the rest of it is impossible to parse out so therefore you can’t really figure out what contributed to success or failure.

Catmull, on the other hand, knows exactly what contributed to the success of both Pixar and Disney. He grew one company from scratch and, once Disney acquired Pixar, was at the helm when the culture of Disney was driven back to the heights of profitable glory after a sixteen year slump.

“I don’t doubt that they believed they were doing the right thing, but something was blinding them--and keeping them from seeing the problems that threatened to upend them.”

They didn’t develop deep introspection about destructive forces that were at work.

Business doesn’t take place in a lab with carefully controlled parameters, but science can still be applied rigorously. Sometimes people think that means that the art is removed from the process of curiosity and discovery. All the data in the world can’t give you the right option, if you haven’t been paying attention to the Unknown, the same way an idea never pops into an unprepared mind in the shower. We are pattern seeking creatures, and a habit of paying attention to the Unknown starts to pay off very quickly. We start to see things that were there all along, if we only paid attention.