Pick a Culture: Harmonious or Healthy 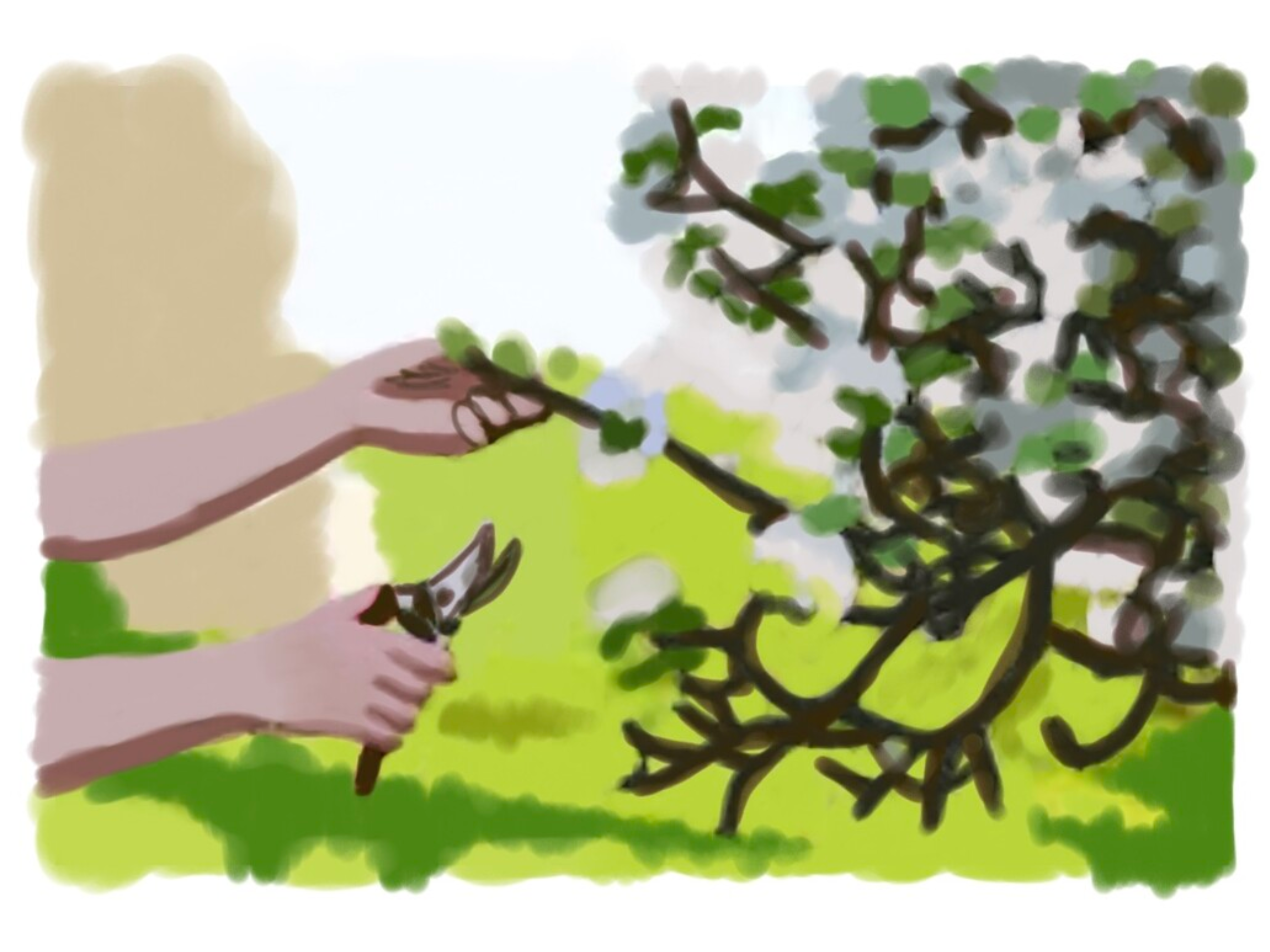 Too many companies make the mistake of thinking a harmonious work culture is the same as a healthy one.

Too many companies make the mistake of thinking a harmonious work culture is the same as a healthy one. As we move through this period to process the pandemic and social injustices, we can’t run the risk of returning to the “old normal.” The purpose of this post is to highlight a more productive way forward.

During this stressful time, many of our clients are struggling with a particular dynamic. The need to listen to every voice has become evident, but even the most well intended organizations often lack the skills to do so in the right way. The problem then goes unsolved and critics point to the failure as evidence that the attempt never should have been made. Imagine if you could include everyone and at the same time actually increase speed to market. Imagine if in listening to every voice you could actually improve morale instead of leaving people more stressed at an already stressful time. True Diversity and Inclusion is not only the right thing to do, it is the best thing for companies and humanity. The good news is if you do it well, it will also improve everything else your company does.

Before culture can be managed and transformed, you need to be able to see it for what it is. To help our clients achieve this, Science House partnered with The Culture Institute in Zurich and licensed the Culture Map tool. (I wrote the introduction to Dr. Sagmeister’s excellent book, Business Culture Design). Please watch this excellent short video that explains the Culture Map tool so the rest of this post makes sense in context.

Simon working with me last fall in Rome. Little did we know then what the future would hold.

All teams and organizations have all seven Culture Map colors, but in different proportions. Each color represents a different dynamic, like paint on a palette mixed to produce the light and shadows of a landscape. Any artist can tell you mixing colors the right way isn’t easy, and neither is nailing the light and shadows. Culture is part art, part science. Shifting the culture is something that happens dynamically, from the outside in, from the inside out, in an organic, grassroots way and also, most importantly here, from sustained leadership focus. Throughout my career, even prior to Science House, I have started every project with an ethnographic assessment of the organization engaging me. Having Culture Map as an organizing framework accelerates that process significantly, and makes it much easier to have conversations about tradeoffs.

There is no right or wrong answer for what a culture “should” look like. It just depends on the organization's goals, values and the environments that the company operates in, such as the level of competition or regulatory requirements. For example Software Architects may be more Yellow, and Legal or HR more Blue. Different job functions, leadership styles and geographies influence dominant dynamics within subcultures. Overall, however, there is an unmistakable future-facing culture for a modern company. To achieve it, certain complex dynamics need to be mastered.

Let’s look at a Culture Map for a typical large company. The right side of the map is the stabilizing side. The left is the energizing side.

While most large companies want more Aqua, Orange, Yellow and enough Red to keep things moving quickly, the truth is that stability is simply easier to manage. Risk aversion is less complex than risk mitigation and critical thinking.

For that reason, most large companies are dominated by Blue hierarchies, process and order, and Green consensus-driven harmony.

Some of the inherent tensions are evident and may jump out to you as you consider the dynamics in the Culture Map. Others are less obvious. In this post we will focus on Diversity and Inclusion through the prism of Aqua and Green.

A Closer Look: Diversity and Inclusion

As companies now implement policies to address Diversity and Inclusion, they are doubling down on Green. This makes intuitive sense. If you want to include every voice and achieve harmony, grow the Green, right?

Here's another way to think about it.

Each dynamic values one thing most.

For this reason, Diversity and Inclusion programs often take a very Green approach. But what if that harmonious feeling isn’t serving people or the organization? In a chaotic world of vitriolic attacks, isn’t civility much better? Of course. On the surface, it seems so.

But civility can hide a lot of problems, because it focuses on individual interactions and can create a false sense of harmony while systemic injustices continue to fester.

In other words, smiles can hide a lot of pain, and worse, convince some people that there is no pain or action to be taken because people seem happy. This is inherently unfair and damaging, even if seems far more pleasant and professional than outright disharmony.

Nice has a price. Peace is not the absence of conflict. It is the ability to work together through conflict, and to have difficult conversations in productive, respectful ways. It requires a tremendous amount of discipline to hear certain things without getting defensive, and to truly listen. In a Green culture, difficult conversations are avoided. When Green is in a state of extreme dominance, people force themselves to nod and smile even when they are screaming inside – just to keep the peace. That’s never been enough, and these days, it’s inexcusable.

Red is the dynamic that speaks up with extreme, fearless candor. That’s not a great solution either, as Google learned when the company shut down discussions that were taking up a lot of time and causing animosity. I personally have a bias toward candor, and I am willing to commit to difficult conversations with the goal of deeper understanding even if it exposes a flaw in my thoughts or actions. In a professional setting I believe in prioritizing shared goals over differences. But to truly accomplish this, the system has to be set up fairly to foster each person’s abilities and provide equal access to opportunities.

And this is why Green falls short. Green promises a version of equality in exchange for everyone maintaining the status quo. But who gets to say what the status quo is? It’s not a given anymore, and for many people, it never was. All dynamics play a role in the big picture, and Green does too. We should strive to distill the essence of Green to its purest form, a deep respect for humanity that motivated the desire for harmony to begin with rather than so much passive aggressive smiling and head nodding that we give ourselves stress headaches (and worse) from pretending.

An Aqua organization, by contrast, values the health and vitality of the ecosystem itself. (This great article in The Atlantic, Gratitude for Invisible Systems by Debbie Chachra, underscores the difference between Green and Aqua). Green is a neighborhood potluck dinner. Aqua is making sure the electric grid and gas lines are functional so you can prepare food and see each other. Green is fundraising if someone’s house burns down. Aqua is making sure fire codes are enforced to keep houses from burning down. Green feels good and makes people want to get up in the morning knowing their people will cheer for them. Voting is Green. Structural protections for democracy is Aqua. Aqua is invisible, systemic, complex and much harder to maintain. But it’s what we need right now, and if we miss this moment, it will be a long time until any of us have the energy to get back to Green.

Green values harmony. Aqua values the health of the ecosystem. Without a healthy ecosystem, Green runs the risk of becoming a facade of niceness masking the real problems. If the real problems don’t get fixed, the smiles will eventually disappear from people’s faces when they lose their jobs. And your customers will find a better alternative.

In Hail The Maintainers in Aeon, authors Andrew Russell and Lee Vinsel present the idea that the pursuit of innovation is valued over maintenance, even though people’s lives are critically impacted by failed infrastructure. A crumbling bridge is evident. But not all infrastructure is so visible. The spaghetti code piled up within most large corporations is made of software created piecemeal over time by smart engineers, architects and coders solving specific problems as they arose. Modernizing enterprises is a herculean task largely because of this problem – and because people are accustomed to a Blue and Green work environment. Aqua, Yellow, Orange and Red are a switch. But this is the future state dynamic almost every client we’ve ever had wants. It also happens to be the dominant culture profile of Amazon at the enterprise level, and when we wrote about it a few years ago, the company invited us out to give keynotes and challenge their leadership to safeguard against becoming more like a Blue and Green dominated juggernaut.

With a pandemic raging, social unrest growing and a business landscape and world in chaotic transformation, clarity of purpose will be the difference between an organization surviving or disappearing. Go after Aqua now, fueled by Orange, Yellow and some Red, so you can have genuine Green later. When someone smiles at you, you will know it’s because they are genuinely happy, not because they are in a Green culture and have no choice. Think about the health of the ecosystem, and the wellbeing of the individuals within it as part of the whole.

I recommend slowing down to speed up. It’s counterintuitive, but it works if it’s done correctly, with imagination, openness and a willingness to experiment and sometimes fail on the road to success. You’re not alone. Science House can help.