Everybody's Got A Job To Do 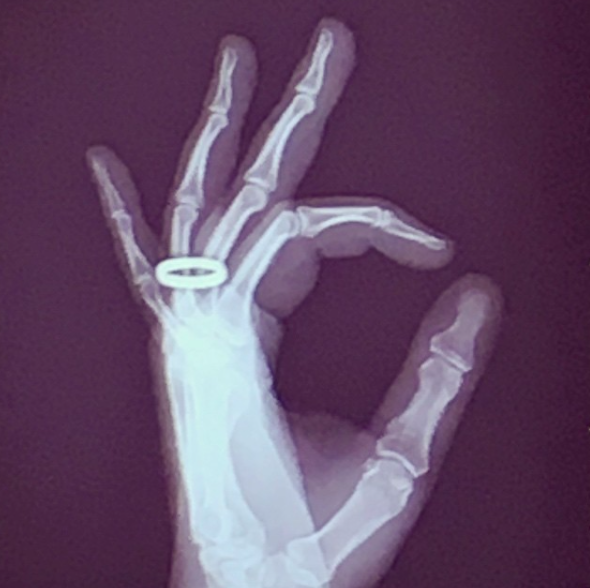 Is there a gold standard for great leadership? What we learned from a trip to the surgeon

Two weeks ago, my husband and I were out walking in Manhattan when he caught the curb with his toe and fell. Gracefully, he broke the fall--but the fall also broke him. Both of his elbows, it turns out.

Together, we run a business calleWe work with executive leadership teams, and teams working on high stakes projects. Our mission is to bring more focus, clarity and purpose. It's a lot of togetherness. But not nearly as much as two broken elbows can bring. I'll leave the details to your imagination. As the year ends, however, I will share something we experienced with you, because it relates to what makes a leader great at a time of chaos and complexity.

Is there a gold standard for great leadership? Yes. I witnessed the closest thing to perfection I have ever seen in the surgeon who fixed my husband's right elbow. What makes him so great, and how can you apply it to your own work?

Dr. Beldner's office was plastered with thank you letters and photographs from the people whose hands, fingers, wrists and elbows he fixed. Rock stars, mountain climbers, athletes and even a little girl who needed her broken finger fixed so she could play her violin at Carnegie Hall. Before we even met Dr. Beldner, we already had proof that he had succeeded many times.

Being in a complicated, painful situation is overwhelming enough without having to navigate through jargon.

"If I use doctor-speak," he said, "it would mean nothing to you."

On the back end, what he’s doing is going to be complicated. On the front end, he doesn’t need to use so many complicated words and phrases that it becomes impossible to follow what he’s saying.

People often trust warm people who smile. You know who likes to smile so you’ll feel comfortable and let down your guard? A sociopath. Warmth is not a good measure of trustworthiness. Competence is. Dr. Beldner stayed calm and focused, using clear data to support his recommendations and give a clear picture of what to expect before, during and after surgery. In prep before the operation, a nurse told us that Dr. Beldner is a lovely person, but, she said, “It doesn’t matter how lovely you are if you don’t know what you’re doing. He knows exactly what he’s doing.”

One thing I’ve learned working on complex projects is that there’s no such thing as too much repetition, it just has to be tailored to the person hearing the message, with context so they understand why they’re receiving it. By the time we left we understood exactly what we had to do next, and why, so my husband could heal.

After the surgery, I told Dr. Beldner how much we appreciated his clear, consistent communication, along with a plan in case my husband had any issues while he was on vacation. “We all have a job to do,” he said. Yes. Figure out what your job is and do it.

Self-assess to go from good to great

Managing Without a Roadmap at Google

Keep a Leadership Team in Sync