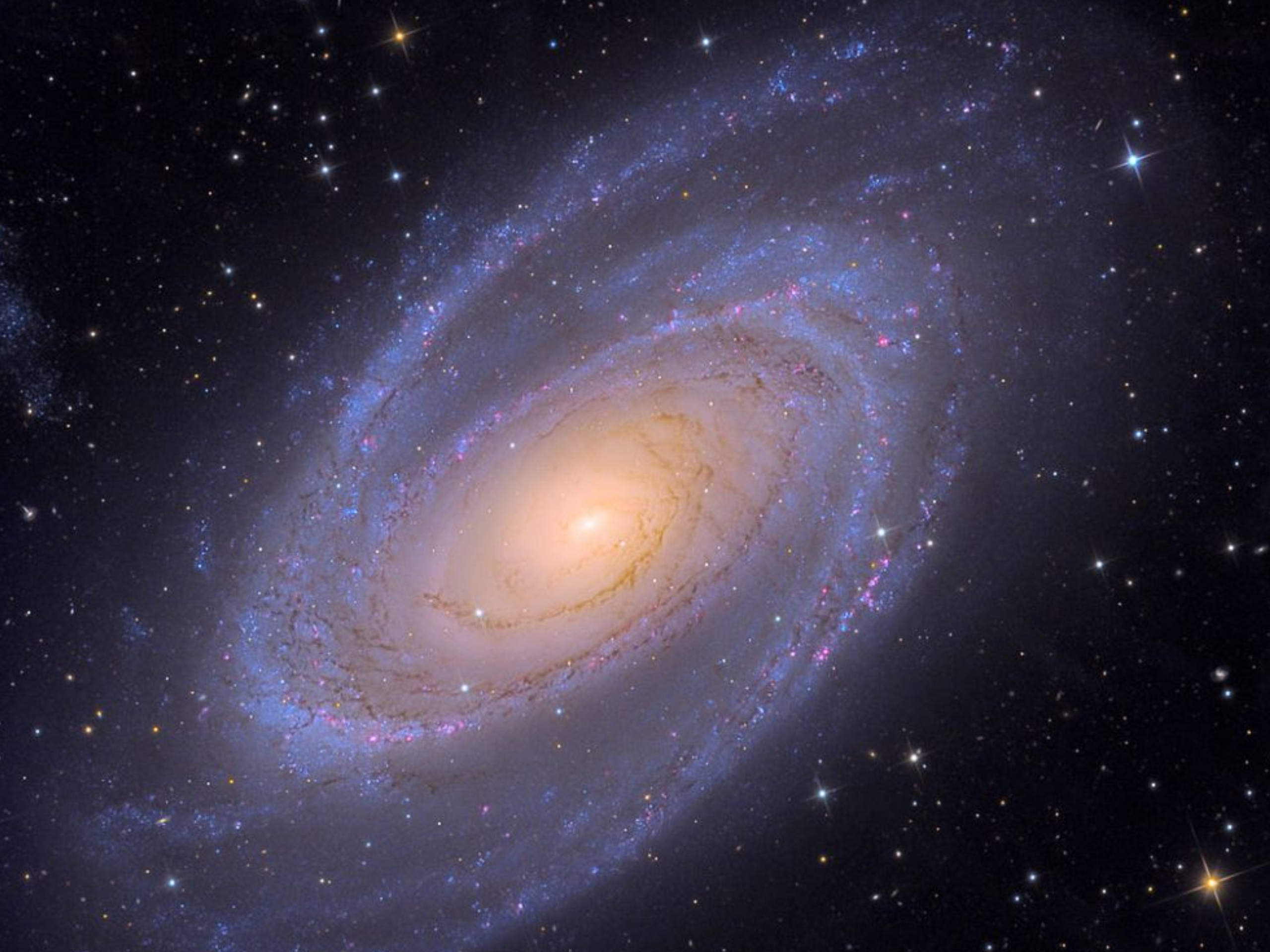 In a galaxy of possibilities, Forbes decided that only men (and one faceless woman) are innovative.

Forbes published a list of 100 Most Innovative Leaders. It's 99 men and one woman.

Inventing a limiting criteria for determining who gets to be labeled innovative is how we get the halo effect. Aside from the glaring omission of women, this list is simply lazy. Ask most people to name a scientist and they’ll say Einstein. This list starts off like that. I'm sure I missed a lot of great people further down when I decided to go no further than Bezos, Zuckerberg and Musk. The near-total absence of women already told me that Rihanna wasn't on the list, which should have tipped these guys off that their methodology was weak. I co-direct Science House and advise many senior leaders, including brilliant women who innovate at the intersection of technology and humanity every day, in many ways.

In addition to acting as if women don’t exist, it fails to include one of the most innovative leaders working today: Logitech CEO Bracken Darrell. I bring Bracken Darrell up in this context not only because Logitech is a successful, innovative company with a world-class emphasis on design, but because I noticed earlier this week (announcement here) that when Wendy Becker became Logitech’s new chair, Logitech released a statement and in it, Darrell used the word "chairperson" in reference to the outgoing chair, who happens to be a man.

“It’s impossible to measure the contribution Guerrino has made to Logitech, over his first decade as CEO and his second as executive chairperson,” said Bracken Darrell, Logitech president and chief executive officer. “Under Guerrino’s direct leadership as CEO, Logitech had remarkably innovative and successful years. And then he did what many retiring CEOs consider impossible: he took a long-term view of the company’s potential and agreed to step into the role of chairperson. As chairperson he has been a highly constructive partner for me. In classic Guerrino fashion, he is again thinking long term and starting the transition to a new chairperson for the future. I’m delighted that Guerrino will remain with us as an executive board member."

“I am equally excited to continue my collaboration with Wendy - she is a great partner to me and has provided incredible value and insight during her time on the board. A global citizen, she brings a rare depth and breadth of senior experience in retail, technology, consumer goods and non-profit sectors, as a leader, consultant and board member. Logitech benefits from her unique track record of bringing large company experience to small companies, and the best of small companies to large ones. We will continue to benefit from her impressive leadership and broad global experience."

By sharp contrast, in the description of their methodology, the three men who wrote the Forbes list use the gender-specific word "chairman" as if they can't even imagine a woman holding this role (much less being an innovative leader, as per their own criteria, which just happens to exclude women, aside from one, Barbara Rentler).

Forbes has featured my work in the past (including this interview with me about the Imagination Age). I revisited this piece today while thinking about how poorly understood innovation really is:‍

It isn’t enough for an entrepreneur who wants to play a role in shaping the future to just be an artist. It is necessary to be truly avant-garde. Artists and scientists have long been on a quest to understand reality in many dimensions. Knowledge is getting more complex.

Some say the future is already predetermined, as a result of our short-sightedness... That’s one possible future vision, but it’s not the one I see in my imagination. It is possible that with our best, most focused efforts, we might end up collaboratively creating something even more spectacular than what we can envision.‍

As far as I'm concerned, if a list of innovators doesn't start by focusing on the constraints shaping the practice, it's not worth the time it takes to read it. Any list of innovators should prioritize those who attempt to create a balanced approach to profits and humanity. Let's celebrate the avant-garde and get real about the role of business innovation in the modern world.

Do Something Strategic responded to Forbes with a list of innovative women. Based on the criteria that the three men created for Forbes to build their list, many of these women wouldn’t have made the cut, but that’s beside the point. I know and work with some of them, and they’re brilliant, innovative leaders. (Jayshree Seth is #17. She’s the Corporate Scientist and Chief Science Advocate at 3M. She interviewed me here about the benefit of scientific thinking for people who aren’t scientists).